Tucked near the White Mountains and along New Hampshire’s largest lake, the tiny town of Moultonborough is known for its rich history and spectacular sights along Lake Winnipesaukee. One of America’s oldest towns, Moultonborough, is popular among those who want to retire in style or those who want to invest in a life of luxury on the waterfront for a nice break and vacation.

Among the homes is a massive, brand-new lake house that has it all tailored to the homeowner’s vacation hopes and dreams. But the landscape and scenery of the area are only the start of the home’s stand-out features. The large six-bedroom, nine-bathroom house is a flagship for this community and now features several additional amenities that make it different from the others in the area.

“The house was well-designed to fit unobtrusively into the wooded environment,” said Jim Nicholas, owner of A Plus Alarms & Entertainment Systems, based in New Hampshire. “It was custom built with technology with ease of use and the homeowner in mind.”

Nicholas’ team dedicated hard work and time into creating a lavish lakeside retreat perfect for either relaxing or entertaining. The A Plus team said ELAN® control products are the only ones that could do the job they were tasked with completing.

“I feel that the brand offers the easiest and most consistent interface for our clients to use,” Nicholas said. “Having the same interface between all the different ways to connect made this our only choice.” 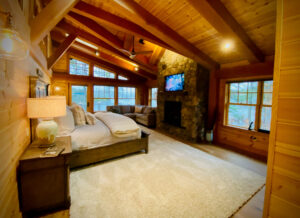 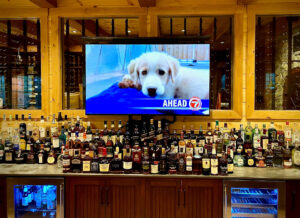 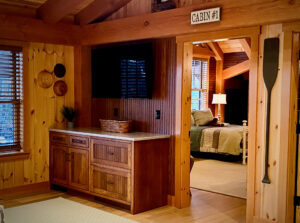 Craft a cocktail or catch a comedy at home

The high-end vacation destination home boosted its IQ with all-new smart technology for the homeowners to indulge in and enjoy.

A pop-up television hidden in the homeowners’ wine cellar and bar offers them and their guests an opportunity for good-spirited fun and entertainment while sipping on a glass of cabernet or a cocktail. Music can be played on various ELAN and SpeakerCraft® speakers scattered throughout the home. As things wind down, people can pop some popcorn and grab the ELAN remote to stream the newest Netflix romantic comedy or focus on football on the pop-up TV in the living room, conveniently concealed in a cabinet. Finally, when any company has gone home, the homeowners can dim the lights using their ELAN touch panel and curl up on the couch to watch their favorite show before bed.

Behind all this magic is a rack-less network of ELAN systems installed by A Plus Alarms and Entertainment. Many of the products in the home are powered by Panamax® products. 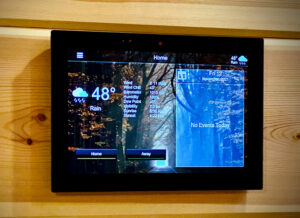 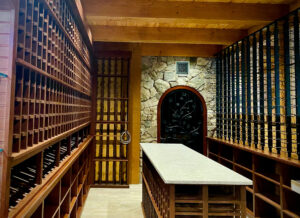 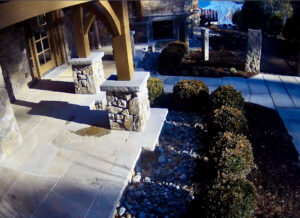 With deluxe features and technology in their home, Nicholas and the homeowner knew safety and security also had to be a priority. With the home being primarily used for a rustic retreat and vacation, it’s important the homeowners can pull up and view any of the sixteen surveillance cameras around their home. This is what can give them peace of mind that their home is still safe, even when they’re miles away. When they are staying in Moultonborough, their ELAN video doorbell can alert them to which guests may be arriving for a visit.

While in town, the homeowners can keep calm and cozy by adjusting the temperature — especially turning up the heat during the colder New Hampshire months — and use their ELAN thermostats placed in many different rooms. 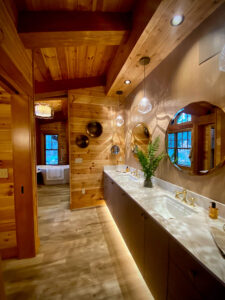 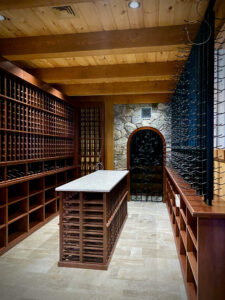 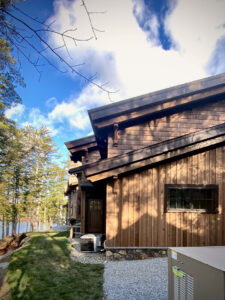 Getting it done wasn’t easy

Not shying away from a challenge, the A Plus team made the grade installing ELAN control products throughout the home – including nine different areas for video and 34 different zones of audio. It was the second project Nicholas had done for this homeowner. Previously, Nicholas and his team did an ELAN video wall for these homeowners, and they loved the work so much – they asked Nicholas to take on another (even bigger) task.

This high-end vacation home is a timber-frame house, which it’s built from large wood posts that form the structure and none of the outside walls are custom built. Nicholas’ team had a challenge in wiring the house and had to run the wire through the floor and fish it up.

“This project was a huge undertaking. It wasn’t your average house,” Nicholas said. “We only had one shot to get it right, and it took extra effort and extraordinary attention to detail from the team. We’re proud that we did it and did it right.”

No matter the season, living’s easy

The project, completed in November of 2021, left the homeowner pleased with the ease of ELAN products. Anything can be accessed and controlled using the ELAN app, which Nicholas says was the homeowner’s favorite part.

“The way we could tie in all of the systems under one application and interface whether they’re at a wall panel, computer or smart phone is truly what sold this to the homeowner,” said Nicholas.

For him, though, his favorite moment was seeing the homeowner light up at the sight of their new home — and happy their life, made for them, is now simplified.

Stay in the know!

Get the latest from Nice, including tips, new product information, and more.